Use diagnostics on the Dashboard to help understand and troubleshoot quality issues with your stream.

BoxCast provides diagnostics on the dashboard to help you understand and troubleshoot quality issues with your stream. Our service continually monitors your stream, collecting data and generating alerts in real-time. After the broadcast ends, a summary report is available to help improve your broadcast quality.

Depending on your encoder option, the service will monitor and alert on different conditions. When using a BoxCaster Pro, BoxCaster or the Broadcaster app, monitoring is focused on incoming bitrates and packet loss. For RTMP broadcasts, additional server-side monitoring analyzes frame rates and possible transcode delays due to improper encoder settings.

"Packet loss" is generally a bad thing, although sometimes it can occur in small amounts without a noticeable side effect - it is measured and reported by the BoxCaster when the BoxCast Flow protocol is unable to get data through to the origin server due to something on the network preventing its data from flowing. See the section below to find tips for reducing packet loss.

Graphs are provided in the diagnostics section of the dashboard to allow you to see the entire history of the broadcast bitrates, frame rates, packet loss, and simulcast outputs. You can view the last 60 minutes of data at a fine granularity, or the entire broadcast graphs at a slightly coarser granularity. 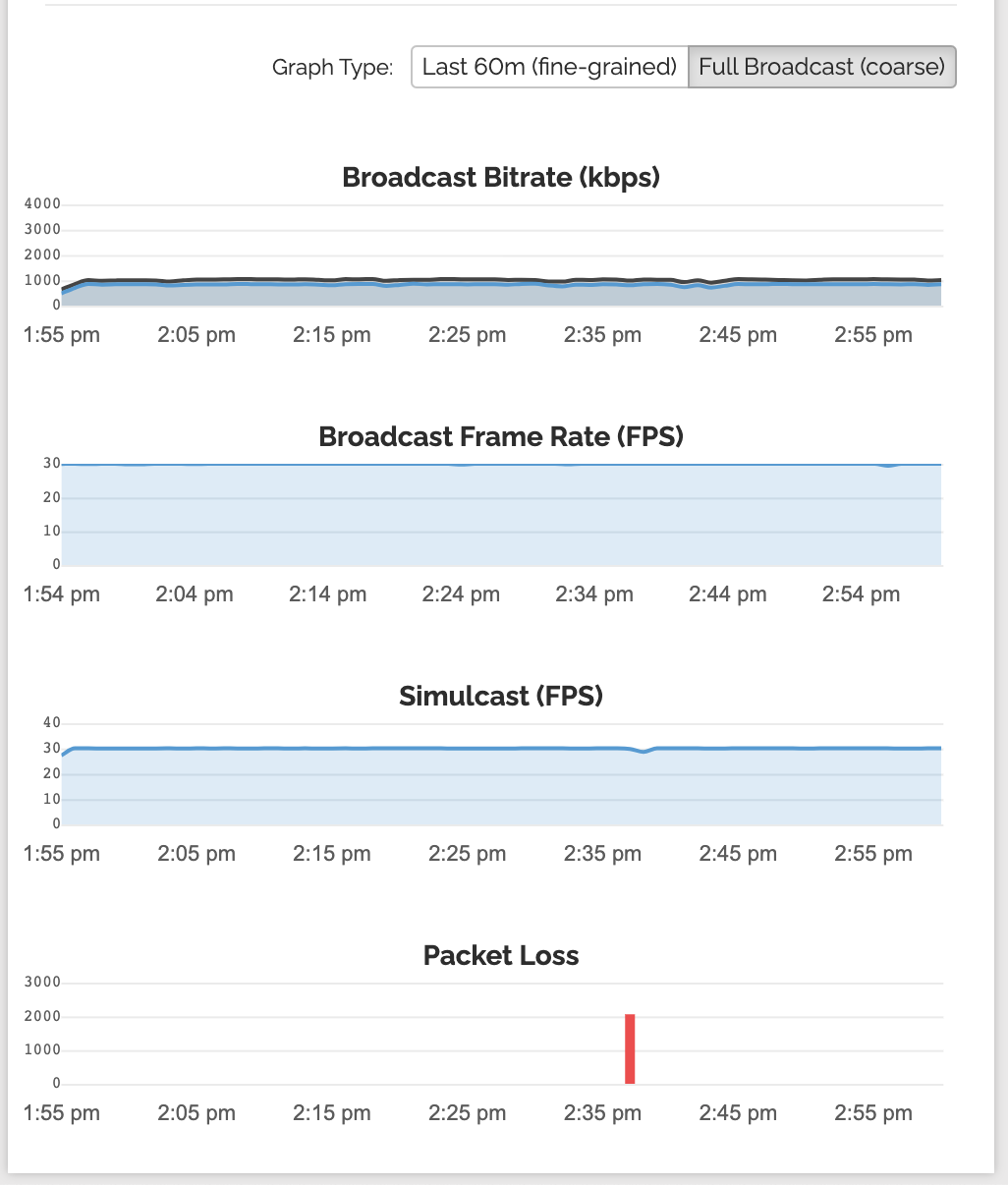 If you are using RTMP, you will also see an "Ingestion Latency" graph. This represents the difference between the timestamps of video and audio content that the BoxCast origin is receiving and the "clock" in the origin server. It can be positive or negative but should remain small and constant for optimal stream health. If it grows positive, it means that their encoder or network connection can't keep up, and viewer buffering will occur. If it grows negative, it means that their encoder is sending data too fast (this is rare but possible). 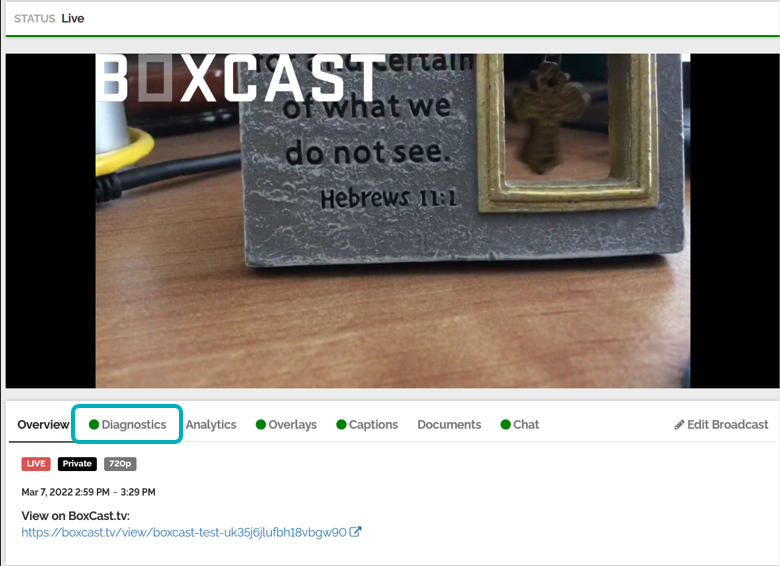 You might notice a status indicator (as shown above) next to your Diagnostics tab which, when live, will be green (good), orange (warning), or red (critical). The specific alerting conditions are based on which encoder you are using and other factors such as your target streaming resolution (e.g. you don't need as high of a bitrate for a 720p stream as you do for a 1080p60). Below is a quick explanation of what the alerts mean:

After a broadcast ends, a star rating (5 star scale) is assigned, based on several factors. Here is a guide to the ratings:

Additional tips and recommendations may be given directly in the dashboard to help you understand how to resolve certain detected alert conditions.

Even if your Internet Service Provider is advertising a high upload bandwidth, lots of things can cause issues that manifest as packet loss. The Diagnostics feature on the dashboard shows a graph of packet loss to help you monitor and troubleshoot your internet connection.